A Lesson on Intersectionality, Part I

Thirty-one years ago an idea was hatched to expand the way in which we think about feminism and antiracist politics. It explored the notion that race and gender are not mutually exclusive boxes of experience and analysis, and furthermore, should be studied at their intersection in order to fully comprehend the demarginalization, oppression and plight of Black women. For the better part of a month, I have been going back and forth with myself on how to speak about this subject; how to introduce it; how to pay homage; and, how to critique its introduction as an analytic framework that has changed the face of research and social problem discussions to date.

So, let’s stop right there and take a second to absorb that first paragraph. Prior to thirty years ago, essentially my lifespan, issues pertaining to women and to Black folk were seen as wholly separate subjects within the social world. More specifically prior to the introduction of “intersectionality,” which was coined by Kimberle Crenshaw, there was only a “single-axis framework” that dominated social discourse in reference to marginalization and inequality. I find this to be pretty intriguing especially since this past decade has made intersectionality a buzzword in public spaces. It has become such a pervasive part of our vocabulary that it gave birth to the idea of “identity politics”, another buzzword. These two theories (intersectionality and identity politics) have become wildly important in most discussions of activism, systems change, and policy. Any and all minority groups (presently identified and in the future) have Ms. Crenshaw to thank as well as the host of initiatives dealing with diversity, equity and inclusion. Her work has launched much needed changes across disciplines that have historically distorted and relegated feminism to the overtures of white women and racism to the pitfalls of going through this world as a Black man.

“These two theories (intersectionality and identity politics) have become wildly important in most discussions of activism, systems change, and policy”

But, who is Kimberle Crenshaw? Why did she breach this subject?

Since Black history month is coming to a close and we are on the cusp of women’s history month, it is apropos to first say that Kimberle Crenshaw is a Black woman. Then, in order to give sis her flowers, I will say that she has taught at Columbia Law and UCLA, is a lawyer, and an academic who is a scholar in Critical Race Theory specializing in race and gender. She is currently the co-founder and executive director of the African American Policy Forum (AAPF) which is a think tank that connects academics, activists and policy-makers to promote efforts to dismantle structural inequality. She is one of the most important people to the discussion of race and feminism the world over. Her theory of intersectionality is one of the most important contributions to the social sciences and has ushered in many forms of research and rhetoric that sheds light on the experiences of people on multiple demographic axes.

Crenshaw was very interested in how civil rights laws and policies impacted Black women when she began her research. In the late 80s as she poured over discrimination cases Black women brought against companies, she noticed reoccurring verdicts where judges never ruled in favor for prejudice against Black women. In separate cases, the judges explicitly say that Black women were not allowed protections for their Black womanhood because there was no precedent for Black and woman as a protected, special class against discrimination. A district court went further to say “they [Black women] should not be allowed to combine statutory remedies to create a new ‘super-remedy’ which would give them relief beyond what the drafters of the relevant statutes intended. Thus, this lawsuit must be examined to see if it states a cause of action for race discrimination, sex discrimination, or alternatively either, but not a combination of both.” This court’s interpretation of the law basically boiled down to Black women only getting protection within the confines of the law which only coincide with their Blackness or their womanhood disparate of each other. This interpretation remains a contentious aspect of antiracist and feminist activism in the 21st century.

Black women, historically, have been erased from discussions within these two main identifying demographics of race and gender. When people are asked about famous feminist or famous leaders of antiracist movements notables like Susan B Anthony and Martin Luther King are mentioned, respectively. The marginalized-colored glasses that folks wear only permit them to see one layer of distinction without deference to simultaneous immutable characteristics that may play a part in understanding the perspective they wish to see. Feminism is reserved for white women while racism is monopolized by Black men. Crenshaw said “these problems of exclusion cannot be solved simply by including Black women within an already established analytical structure. Because the intersectional experience is greater than the sum of racism and sexism, any analysis that does not take intersectionality into account cannot sufficiently address the particular manner in which Black women are subordinated.” She went on to say that policy demands that the framework be rethought with this greater experience in mind.

Sadly, though this concept is three decades old, feminist as well as antiracist work suffer from their lack of intersectionality. There have been some gains in both arenas but overall the frameworks still embody the traditional, single axis perspective. Diving into the particulars of this failure is a weighty task and requires a closer look at their contemporary phases.

In the next part of this lesson I will analyze what I call Pink Hat Feminism and #BlackLivesMatter, the movement, through Crenshaw’s intersectional framework. 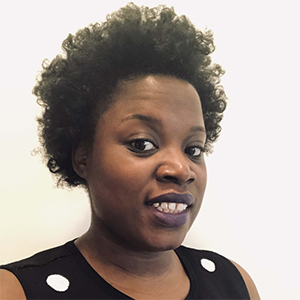 Antoinette Gregg is a NYC transplant by way of Charleston, SC. She is a sociologist, activist, and writer dedicated to empowering Black folk. She holds a B.S. in Sociology, a B.A. in Criminal Justice and is currently pursuing a M.S. in Quantitative Methods with a concentration in Black Studies. She maintains that Black women are the way forward and the only barometer bending this country toward justice. One of her favorite quotes is from Fanny Lou Hamer, ” Sometimes it seems like to tell the truth today is to run the risk of being killed. But if I fall, I’ll fall five feet four inches forward in the fight for freedom. I’m not backing off.” You can follow her on instagram @antFROnette.

About 29 Days of Little Known Facts About (Black) American History

29 Days of Little Known Facts About (Black) American History is an annual blog campaign curated by 540WMain that has a mission to promote and share little known facts about Black Americans everyday throughout the month of February. Now in it 3rd year the campaign highlights the life and work of past and present day Black Americans that are overlooked or underrepresented in our conversations about American history.

540WMain will celebrate its 4 year anniversary with a party and extravaganza on Saturday June 20, 2020. In just four years the organization has become a pillar in the Susan B. Anthony neighborhood and a convener and curator of important and vital community conversations, classes, and programs. Your financial support helps us scale up this work in 2020 and beyond with a year long fundraising goal of $40,000

One thought on “A Lesson on Intersectionality, Part I by Antoinette Gregg | 29 Days of Little Known Facts About (Black) American History (XXVI)”