In the U.S. Reform After Prison Is Rarely Afforded to Black Americans

For black Americans judgement, bias, and racism is a daily occurrence. For those that have served a prison sentence no matter how long ago this judgement more often than not turns into stigma, lack of access to jobs, unemployment, homelessness and a disproportionate rate of recidivism compared to their white counterparts.

Anecdotally, we have to look no further than our local Rochester community. Yesterday it made headlines that activist and community member Miquel Powell was selected as one of nine members to the newly formed Police Accountability Board (PAB). What the media and many racist comments on social media focused on instead of Miquel’s credentials and experience was that Mr. Powell served a five year stint in prison after a conviction of second-degree assault in 2003.

Miquel has been an open book about his past, his time in prison and most noteworthy; how the experience was the catalyst for him to transform the trajectory of his life. After serving his prison sentence Miquel enrolled in Monroe Community College, earned an associates degree (making the Dean’s list) and became a state certified counselor. He eventually founded the Reentry and Community Development Center on North Street, a facility that helps newly-released convicts readjust to civilian life. Miquel kept his commitment to leave a life of trouble, violence, and bad decisions a relic of his past and has been a role model, mentor, advocate, and community leader that hasn’t had a brush with the law since. However, for some in the Rochester community this transformative story hardly matters. What many see is a black man, a felon unworthy of redemption or a second chance. 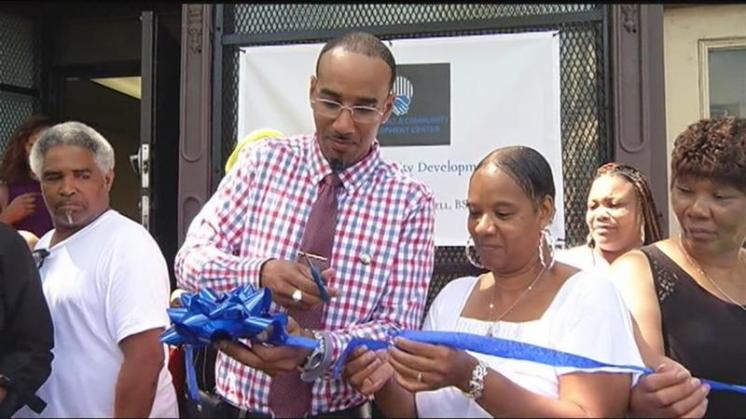 Miquel’s story is hardly an anomaly. Systemic poverty, racism and a lack of access lead many black young men into a life of crime on the streets and into the racist beast that is the criminal justice system. This system has systemically devalued and not valued the lives of black people. Contrary to what the media and a white supremacist culture wants us to believe, black people do not commit crimes at a higher rate than white people and Mr. Powell’s story of redemption, reconciliation and transformation is hardly an outlier.

What the data tells us:

The public stigma, bias, and judgement that follows a black formerly incarcerated person only heightens the racism, prejudice and bias that black people already have to deal with. This system will find any way to bring up their past in an attempt to discredit any attempt that person makes to improve their own life and the lives of others in their community. The comments, the headlines, and the data tell us that for black people no amount of good deeds, reconciliation, or time served is enough. For us a prison sentence is met to be life-long and a way to prevent us from voting, smear our names when we run for public office, and prevent us from taking the bar exam. When you are white even if you murder an unarmed black man in his home; redemption and forgiveness is afforded to you. When you are black, prison is a indictment of our character, a brand and a headline that will haunt us forever no matter what we do. Even when we do good.

540WMain will celebrate its 4 year anniversary with a party and extravaganza on Saturday June 18, 2020. In just four years the organization has become a pillar in the Susan B. Anthony neighborhood and a convener and curator of important and vital community conversations, classes, and programs. Your financial support helps us scale up this work in 2020 and beyond with a year long fundraising goal of $40,000