Why Black Face Is Always Racist

Blackface is a relic of minstrel shows in the U.S. in the 19th and 20th Century. In the performances, white men painted their faces black to perform skits as African-Americans, creating and amplifying horrible racial stereotypes that depicted black people are illiterate, dumb, monkey-like, baffonish, and overall not human. Other racial stereotypes included the “happy-go-lucky darky on the plantation” or the “dandifiedcoon“.

By the middle of the century, blackface minstrel shows had become a distinctive American artform, translating formal works such as opera into popular terms for a general audience. These performances also found popularity in Australia, where up until the late-1960s and early-1970s it was also quite acceptable to represent Aboriginal people in a comparable way to that of the minstrels of the USA. Early in the 20th century, blackface branched off from the minstrel show and became a form in its own right and started being depicted in advertisements, to sell products and other media materials. Prominent white actors rose to fame painting their face black and performing national tours for white audiences that had a yearning for this degrading entertainment.

Lewis Hallam, Jr., a white blackface actor of American Company fame, brought blackface in this more specific sense to prominence as a theatrical device in the United States when playing the role of “Mungo”, an inebriated black man in The Padlock, a British play that premiered in New York City at the John Street Theatre on May 29, 1769. The play attracted notice, and other performers adopted the style. From at least the 1810s, blackface clowns were popular in the United States. British actor Charles Mathews toured the U.S. in 1822–23, and as a result added a “black” characterization to his repertoire of British regional types for his next show, A Trip to America, which included Mathews singing “Possum up a Gum Tree”, a popular slave freedom song. Edwin Forrest played a plantation black in 1823, and George Washington Dixon was already building his stage career around blackface in 1828, but it was another white comic actor, Thomas D. Rice, who truly popularized blackface. Rice introduced the song “Jump Jim Crow” accompanied by a dance in his stage act in 1828 and scored stardom with it by 1832:

Rice traveled the U.S., performing under the stage name “Daddy Jim Crow”. The name Jim Crow later became attached to statutes that codified the re-institution of segregation and discrimination after Reconstruction.’

This history that is widely known and clearly racist should be enough to let anyone with half a brain know that by displaying, enacting, or participating in any form of black face would immediately have them associated with racism. Still throughout the decades from 1970s through 2019 we see many white people continue to not understand the reason why black face in any form holds no place in our society and thaty any white person engaging in such behavior will swiftly be deemed as racist.

Still, as recently as 2018 Megan Kelly made the offending remarks during an awkward roundtable discussion about inappropriate and offensive costumes on her eponymous one-hour block of the “Today” show, known as “Megyn Kelly Today.”

During the segment on Tuesday, Kelly said it was OK when she was growing up for white people to dress up as black characters, and she spoke out against a controversy that erupted last year over a white reality star who portrayed Diana Ross.”But what is racist?” Kelly asked. “Because you do get in trouble if you are a white person who puts on blackface on Halloween, or a black person who puts on whiteface for Halloween. Back when I was a kid that was OK, as long as you were dressing up as, like, a character.”
In 2018, a woman of her alleged intelligence and prominence should understand the history and degradation of the practice of blackface yet here she was with her white woman privilege in tow questioning what the big deal was . As an aside (but not an aside) no white person has the right to tell anyone black what is and is not racist. This especially holds true for black face which was quite literally created to embarrass, degrade, demoralize, and culturally appropriate from black culture by white actors so that black actors would not be used in media because blacks were not deemed as human.
Every piece of black face is the literally definition of racism and any white person questioning this or practicing black face in jest, in costume, or otherwise is nothing less than racist. 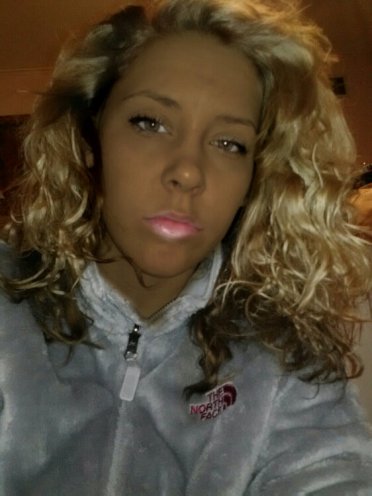 As we celebrate Black History Month, we can take pride in the progress we’ve made while also acknowledging how far we have to go. Here at 540, Inc it is our core value that a vital part in learning about Black History is also understanding the long lasting events of the transatlantic slave trade; the over three generations of purposeful and systemic genocide, raping, stealing, and pillaging of Nigerian, Malian, Ghanan and other men, women, children, doctors, business owners, scientists, and leaders and enslaving them for the profit of white men. Even though the achievements of our most precious historical figures like Frederick Douglass, Harriet Tubman, Sojourner Truth and more are nothing sort of miraculous it can be easy to forget that the effects of U.S slavery continue to impact the descendants of those African slaves continue through today. The road to undoing slavery in America is still a vibrant and real issue in present day.

Every day throughout the month of February 540Blog will devote space to sharing Little Known Facts About Black Americans Throughout History. For us every month is Black History Month but we recognize and support the continuous need to take time and space to put a special spotlight on the accomplishments of Black and brown Americans from all ethnicities that have literally changed the course of history and yet have legacies that are not know by the masses.