With the never ending news cycle and provocation from social media; viral incidents like the arrest of two black men waiting at Starbucks make a black man and content creator like myself fill up with unbridled rage, emotion and fervor.

Stories like these have become common place and with their proliferation come my sense of weary and dread to look at yet another video of black bodies being disrespected by (white) powers of authority that should know better but rarely do better.

This story like so many others make me want to scream, shout, curse, punch and hit as much as they leave me paralyzed unwilling and unable to watch the same script with a different cast one more time. For some reason this story left me numb and instead of an instant emotional reaction I needed time to process, to think,  to meditate after all the facts unfolded (even though I already knew) and the news cycle of the viral moment died down.And now we have a tale that is commonplace to so many black and brown bodies like mine and the men arrested. A tale that happens every single day but goes unnoticed  and unannounced by white people and the world. A world that stereotypes black and brown bodies, sees us as lesser than, as threats, as aggressive, as something to fear regardless of whether we are moving, walking down a street (where we don’t belong), or in this instance waiting with another brown body in a place apparently deemed only for whites.

The Story of Starbucks

The story of Starbucks took place a mere two weeks ago but is not too far removed from a lunch counter in 1960 era Mississippi.

A time governed by racial bias, racist views, and racist white gatekeepers determined to keep black and brown bodies out of their white spaces. Now outlawed, this redlining and relegation of black and brown women and men to any place else but here is seen not in overt signs that say “whites only” but in slowly gentrified neighborhoods like Center City Philly that see an influx of white hipsters and millennials taking over areas that were once owned by blacks with their implicit biases, pour over coffees, and white washed yoga studios.These new arrivals long for the hip and urban locales where they can feel a sense of danger but not be in danger. A place that slowly and seemingly inadvertently becomes whitewashed and gentrified over time to a point that the long time black residents barely recognize where they live.

In a piece for the Huffington Post writer Anthea Butler writes: “In the racialized space of capitalist gentrification, police are not only arbiters of the peace, they are the muscle of retail racism: You can only be in this space if you transcend your blackness by showing us some green dollars. Even then, there is no guarantee that green will transcend your black skin.”

In the case of Starbucks these black professionals most likely had the money but because of racism, implicit bias, and stupidity the barista somehow someway felt threatened by their mere presence so much so that she called the police. Had it not been for the cries of injustice, smartphones, and good sense of other white onlookers the outcome of these men could have been very different. In fact days prior in the Crown Heights neighborhood of Brooklyn; another Black man was slain by the very police that should have had the good sense enough to protect him. His crime? He was carrying a crow bar they “mistook” for a gun.

Let’s Talk About the Police

Let’s talk about the police for a moment. Officers that are trained in deescalation, conflict resolution, and common sense to be reasonable and use sound judgment to determine whether a situation or suspect is truly a danger or a threat; are largely the main perpetrators of micro-aggressions and stigma against black and brown bodies. So it comes as no surprise that instead of dismissing, chastising and educating the overreacting white female barista they caved to her “white woman” tears of distress like so many before them. 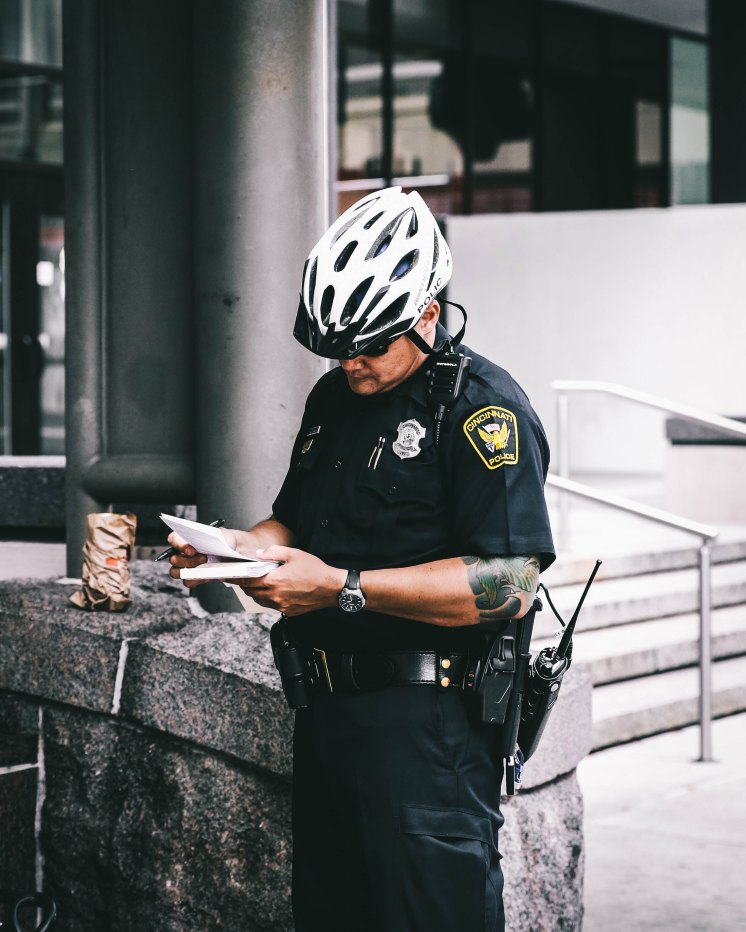 You see the incidents like the racial profiling done in this Philadelphia Starbucks don’t happen by accident. They are also not isolated rare moments. They are a result of systemic and structural racism that make black and brown bodies seem frightening. This country was built on and continues to perpetuate racist undercurrents that paint all black men with the brush strokes of thugs, menaces, uneducated, poor, and other.

Overt instances like this one can only happen after the small seemingly insignificant acts of judging Ty’Reek by his name and throwing his resume in the trash or the condescending  snicker of a white teacher when their black student says “I ain’t doing that” All of these microagressions interact and intersect every single day in America and whether you see it or not, Black people live it.

Butler goes on to write: “Starbucks is just another space in which black people cannot live their lives in America as whites do. Waiting for a friend at Starbucks while black should never result in an arrest. Countless white people spend hours working in coffee shops and sucking up free Wi-Fi by buying the cheapest cup of burnt coffee possible. Sometimes, they don’t even buy one.”

But like this case and the case of so many others the game is different when you are black. Whether you are walking down your street in a hoodie, driving in a mostly white neighborhood to your home at night, ringing the door bell asking for directions or sitting in Starbucks waiting for a friend in the neighborhood in which you grew up in; if a white person feels you don’t belong there you better get out even if you do belong there. Your life and freedom quite honestly depends on it because in this world, in 2018 you’re guilty because you’re black.